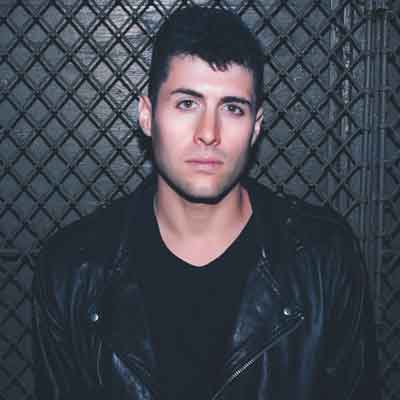 Nate Lotz is from Steamboat Springs, CO, a town where big acts barely passed through and his local music shop became an escape. After an introduction to drums and jazz music by his high school teacher, he packed up his bags at 18 and moved to Los Angeles to attend MI. After graduating in 2006, he scored a few drumming gigs, but it was his first major tour with singer/songwriter Eric Hutchinson that set him on his current, whirlwind path. His work with Hutchinson led him to tour Africa and the Middle East, even playing high profile weddings for big Hollywood stars.

Fast forward to 2015, and Nate was called to join Halsey’s touring band, where he traveled the world for two years, playing shows at iconic venues like Red Rock Amphitheatre, Coachella, Madison Square Garden, The Forum, and the MTV VMA’s, just to name a few. Within that time, he also played on Ryan Adams’ “1989” album, which made it to #7 on the Billboard charts. These incredible gigs are only a few names on the long list of musicians that Nate has worked with, which also include international acts like Jenny Lewis, The Chainsmokers and Liz Phair. While Nate is currently playing with Halsey on her 2017 European tour, he continues to write his own music with his band Blacktop Queen in L.A. amidst inking a publishing deal as a songwriter with BMG.