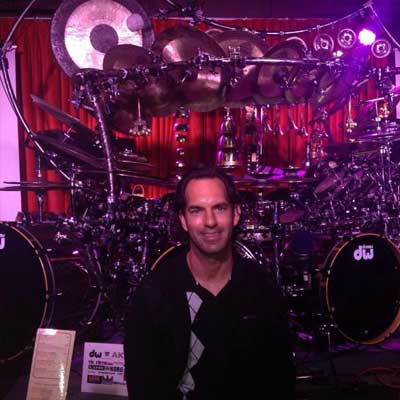 Neil Sebba was born in Cape Town, South Africa, and started playing professionally at age 15 and just a short year later, already began his drum teaching business that would be successful until this day. He played with many successful South African bands and artists, and eventually went on to study music at The University of Cape Town College of Music.

His dream was always to move to Los Angeles and continue his studies in music at the highly acclaimed Musicians Institute, and that is exactly what he did. Since graduating from MI’s Drum program, he has performed, toured and recorded with several bands in and around the Los Angeles area.

From 1999 to 2009, Neil performed and recorded with his band, Jamestowne. The band opened for Tom Petty and Styx and was part of a national tour with Paul Simon and Brian Wilson. In addition to Jamestowne’s live performances, the band also had 8 of their songs featured in WB’s Smallville and Felicity television shows. His television work continued as the house band drummer on The Fran Drescher Show on the Fox network, where he performed with artists such as Shelia E. and Dan Aykroyd. He also recorded cues for The X-Files tv spots.

His expertise has earned him a spot as judge for the Guitar Center Drum-Offs and he is still one of the most sought after private drum instructors in Los Angeles. Many of his high profile clients come from all corners of the entertainment industry including Coldplay’s Chris Martin, Adam Sandler ,David Duchovny, Jason Schwartzman,Jimmy Iovine, Chris Carter, Jack Palance, Alan Horn, Geoffrey Katzenberg and Peter Burg. Neil is proudly endorsed by DW Drums, Pro-mark sticks, Remo Drum Heads, and Gator Cases.

Neil shared with us about his time studying at MI,

“MI was an incredible experience, studying with world class musicians and getting to meet and watch musicians that I had dreamed of doing as a kid. Growing up in a small town, where one could only go so far, MI really helped me reach my goals and dreams.”