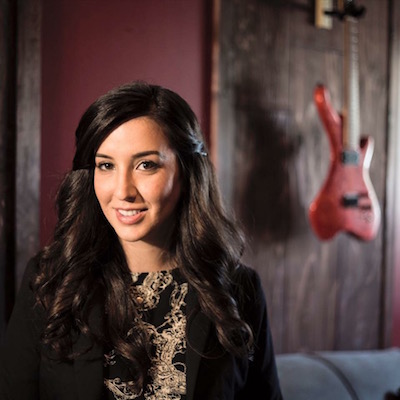 Gina Saputo, a native of Springfield, Oregon, is one of LA’s most in demand Jazz singers. She is an international jazz performer, recording artist, and studied music at the University of Southern California and the Thelonius Monk Institute.

She recently was featured performing and appearing in “The last Tycoon” for Amazon through Sony Pictures. Gina has performed for the State Department in Washington, D.C., and toured Viet Nam with Herbie Hancock, Wayne Shorter and Nnenna Freelon.

Her first CD, “Gina Saputo” featured Gerald Clayton, and climbed to #3 on Japan’s Swing Journal charts. She won First Place at the Big Stage Vocal Competition and was the vocalist for Orange County Music Awards winning band for Best Jazz in Orange County, 2009, 2010, and nominated with her own band in 2013 and 2014. Gina enjoyed 4 tours in Japan, her last with Grammy nominated pianist Bill Cunliffe.