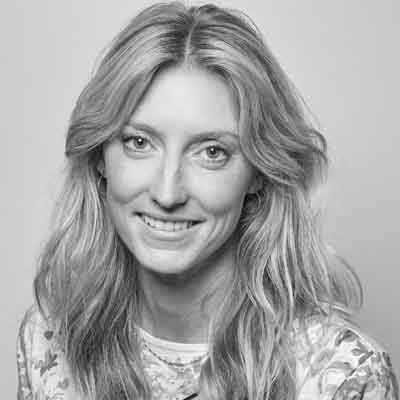 Ursula Kneller was born and raised in the United Kingdom, and grew up in a home surrounded with music, influenced by her parents’ collection of Chopin, Queen, Depeche Mode and beyond. She moved to the U.S. to study at Musicians Institute so she could focus on her love of voice and the music business as a whole.

After graduating from MI in 2010 with a degree in Vocal Studies and Music Business, Ursula began her career at EMI Music Publishing working in recording studio administration. She was promoted into Marketing and Promotions where she developed strategic project rollout and re-launch plans for a roster of writers and producers, including Jacques Brautbar (Phantom Planet), Skyler Stonestreet (Chainsmokers, Dua Lipa) and Tim
Anderson (Banks, Ima Robot).

In 2012, during the acquisition of EMI by Universal Music Group, Ursula joined Capitol Records helping to ink multi-year brand partnerships with Masters of Maple and Ultimate Ears while spearheading marketing, merchandise, events and digital efforts.

As of 2018, Ursula is the Director of Global Strategic Operations at Universal Music Group. In the role, she interfaces with all departments within Def Jam Recordings, Republic Records, Island Records, Capitol Music Group, UMG Nashville and Interscope/Geffen/A&M to capture metadata, assets and rights and recommends ways Universal can fully monetize their repertoire. She also provides tactical direction as to new profit opportunities and underserved revenue streams for example; YouTube, PPL and Sound Exchange.

In 2016, she led ideation and planning surrounding legendary Capitol Studios’ 60th Anniversary Festival, a two day event that included sold-out studio tours, live vinyl cutting demos and an on-site vinyl fair. That same year, she was the recipient of the communicator award for her involvement in the re-design of Capitol Studios’ website.

Ursula said of her time studying at MI,

“The main takeaway from my time at MI was that you get out of it what you put into it [and] that applies to both the performance aspect and the business side. I always tried to challenge myself and learn and grow in all areas and I think that laid a foundation for my career at Universal.”