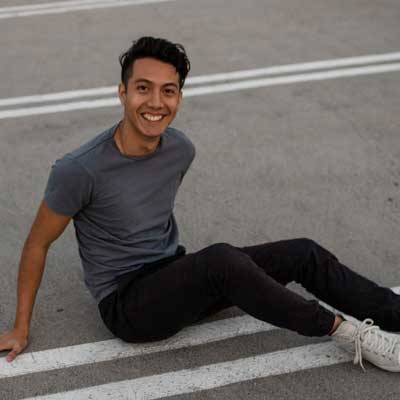 Adolfo Zepeda was born in the United States and raised in Guatemala. He began his musical journey as a young child taking piano lessons, and over the years, that passion led to him singing at his church at the age of 20. When he wrote his first song, he knew music was more than a hobby, but a passion.

Adolfo graduated from Universidad Francisco Marroquin in Guatemala City with a Bachelor’s Degree in Business while he continued writing music and leading a small church. After graduating in Guatemala, Adolfo decided to leave his home in Guatemala to pursue music at Musicians Institute in Los Angeles.

When speaking on his decision to come to MI, Adolfo said,

“Even though there were other schools with comparable education levels on my radar, one thing that kept popping up in conversations I had with people in the industry was that Los Angeles was the mecca of the industry. People with long careers in the industry, as well as recent graduates from other music schools, were all trying to be where the music industry was. The way I saw it I’d eventually end up in LA so, why not get the best musical education I could while already being in the center of the music industry?”

Being at MI and meeting top musicians of all ages and backgrounds broadened Adolfo’s perspective as to the nature of the music industry and where he could find a place within it, as a musician, business man and person. He found a community called Mosaic, where he had the opportunity to utilize his skills from MI to the stage while building the church.

Since graduating from MI with an Associate of Arts degree (with an emphasis on vocal performance and the Independent Artist program,) Adolfo began an internship at Killphonic, a boutique music management firm in L.A. There, he assisted both partners, and helped to develop a rights administration arm and business opportunities in Latin America. After proving to be an asset to the company, Adolfo was offered the position of Content Director, becoming an important part of the Killphonic team.

Adolfo feels that MI helped him with many important lessons in his career, saying,

“The music industry is big and wide enough (especially in this current era) for you to find or create a space where all that you are can thrive –if you are willing to see it and work for it.”